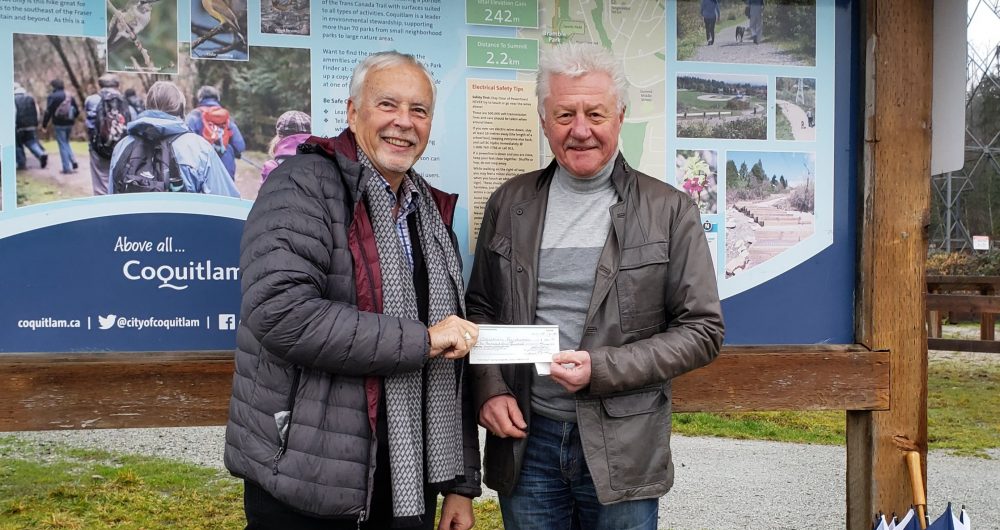 Coquitlam, B.C., Dec. 29, 2018 — The annual event which sees participants go up and down the Crunch trail as many times as possible in four hours turned ten years in 2019. The Coquitlam Crunch Diversity Challenge continues to build the Community Diversity Fund with the Coquitlam Foundation.

The fund provides grants to diversity initiatives that enhance the social and/or economic integration of diversity groups into the community. Diversity groups include age (seniors and youth), socioeconomic (i.e. homeless), mental health challenges, physical disabilities, LGBTQ, new immigrants, visible minorities. Thanks to the many participants and supporters of, over $21,000 has gone into the fund.

For the past four years, event organizers have been the Nothin’ Dragon Masters 50+ dragon boat team, however in 2020 they are stepping down and founder Alex Bell is actively seeking another group to lead the event.

“We’ve enjoyed supporting over the past four years,” said the dragon boat team president Brian Kenny, “but we are looking forward to focusing on our 3rd annual Inlet Spring Regatta and our Kateslem Kids Program.  The 50+ team operates out of the Dogwood Pavilion in Coquitlam and hosts 44 dragon boat teams during their April event in Port Moody and they mentor challenged youth in dragon boating during the year.

“I would like to acknowledge the huge contribution of the Nothin’ Dragon Master’s,” said event founder Alex Bell. “They’ve generously donated their time which has taken the event to a whole new level. During their administration they enhanced the event to include professional timekeeping, they added the Stair Master event and last year they created the Crunch Quest pass for kids,” said Bell whose vision is to have people representing every diversity group participating annually.

The Fund has supported such groups as the Tri-Cities Brain Injury Support Group and the Immigrant Services of BC. ISS of BC used the funds to put on a local job fair for immigrants and refugees and the Tri-Cities Brain injury support network used the grant to fund two years of social and recreational activities for survivors of brain injuries.

Grant applications are now being accepted for the Community Diversity Fund, and groups may apply by contacting the Coquitlam Foundation before Feb.14.